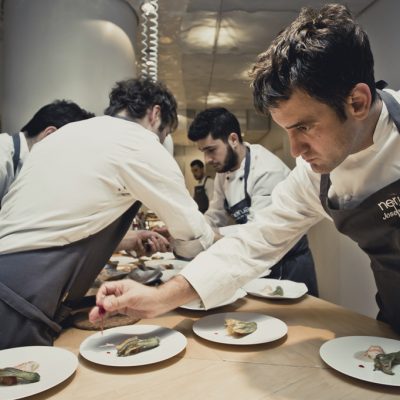 One of the most promising Spanish chefs in charge of the gastronomic spectacle in the heart of the Guggenheim Museum is coming to the Weekend Food Festival!

Josean Alija, head chef of Nerua Restaurant at the Guggenheim Museum in Bilbao, has confirmed his arrival at this year's Weekend Food Festival, which will take place from May 14th to May 17th at the Old Rovinj Tobacco Factory
Josean Alija is one of the most significant Spanish chefs of the new generation, who have been lowering their success rate since 2009. That same year he was recognized as the best international chef according to Identitá Golose. In 2011, he received a Michelin star, and in the same year, he was awarded the Prix du Chef de L'Avenir (Chef of the Future) by the International Academy of Gastronomy. In 2015, he entered the prestigious list of the world's best restaurants - World´s 50 Best Restaurants, to surpass in 2019 restaurants such as Maaem, Faviken, Enigma, Amass and many others, and ranked 32nd. 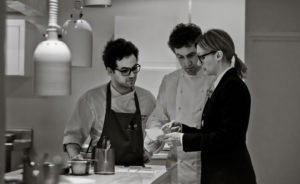 As for Josean's philosophy, it is outlined in the paradigm of minimalism, purity and listening to nature. Namely, everything in Ali's restaurant is subordinated to the gastronomic experience. The snow-white and minimalistic decorated Nerua housed in the Guggenheim Museum is truly something special. What may be strange is that the decoration itself attracts the attention of the ceiling, which is dominated by smooth and curved lines that symbolize the river Nervion by which the restaurant itself was named. The motto "less is more" is recognizable in every plate. Alia thinks a lot about what she puts on her plate and wants the guest to be aware of what each item stands for, such as answering questions about how some food is produced and prepared. He is one of the few chefs who prepare new menus a year in advance. 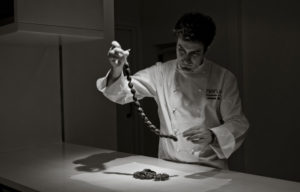 “I want the guest to know how much effort is behind each grain of peas, egg or piece of meat on a plate. It took months and even years for some dishes to really get those ideas that were “cooked” in our heads. This is terribly important and only when we become aware of it will we learn to appreciate the plate in front of us. ” said Josean Alija and continued "We are in the service of storytelling, each of us has some channel through which to communicate - my food. Behind each plate we put together there are at least 30 background stories related to taste, a memory of a moment or smell. ” the chef concluded. 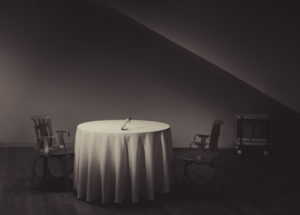 This is Josean Alia's first visit to Croatia and does not hide his joy about his arrival! "I know you have great macerated white wines and I look forward to trying them, see you in May at Weekend Food Festival!” said Josean.

Podsjetimo kako Weekend Food Festivalis an event that brings together the best experts from the world of gastronomy, catering, mixology and the world of wine and oil, in one place, and will take place in the areaOld tobacco factory Rovinj od 14. do 17. svibnja.2020.