Rovinj is one of the most charming towns in the country, absolutely enchanting to its visitors with its winding rocky streets, numerous balconies, tiramols, small stores, souvenir shops and restaurants. 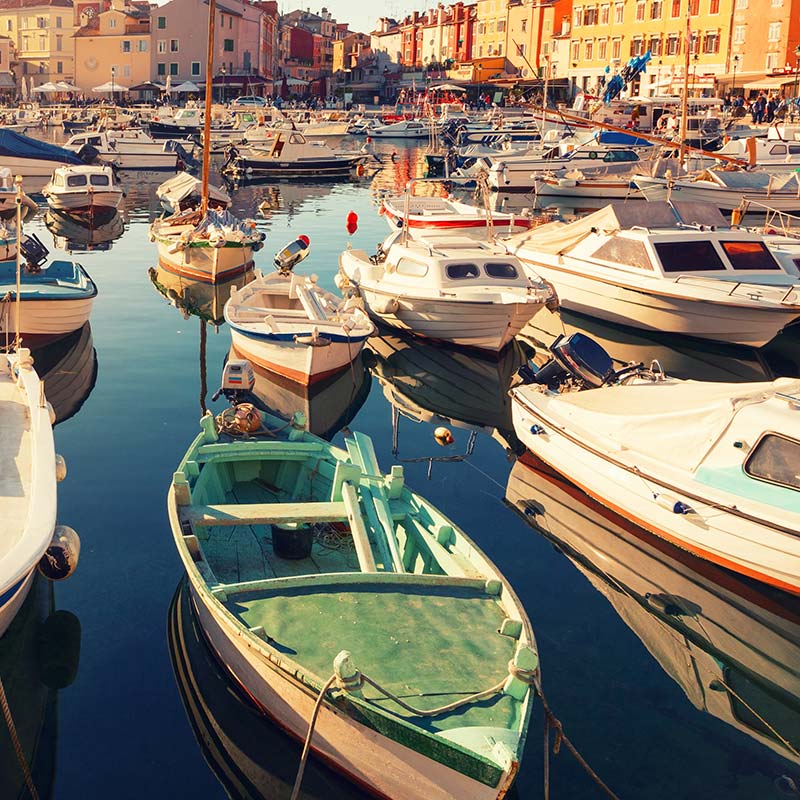 Rovinj was an island in the distant history, but by the decision of Venice in the 18th century it is connected to the mainland and that is when the town started its true progress.

In addition to the distinctive views of the city, one of the symbols is certainly the Baroque Church of St. Euphemia. The small town with a population of 14,000 is one of the most visited tourist destinations, with several million overnight stays. It is also interesting that Rovinj is specific in its dialect which is used by many locals, and even Dante mentioned it in his books.

Numerous terms are related to the sea and boats such as the Rovinj batana (an indigenous flat-bottomed vessel resembling a Venetian gondola). The festival itself is held in the center of the city, in the old tobacco factory that once served as a facility for supplying officers of the Austro-Hungarian army with cigarettes. Today, this venue is mostly linked with the most famous communications festival in this area – the Weekend Media Festival.

BE SURE TO CHECK: