The Songkillers are a band that need no introduction. In almost 30 years together, they have recorded five studio albums, two compilations and several EPs. Their live performance with Dino Dvornik in Munich was immortalized in 1995 on a soundtrack that many consider one of the best domestic ‘live’ albums of all time. Considered by many to be the greatest funk band in Croatia, Songkillers will have numerous concert performances in the upcoming season. In addition to the more recent singles “Nisi tu” and “Teži slučaj”, the band still perform their biggest hits from their 30-year career. Željko Banić Bane, the heart and soul of Songkillers, started his musical career in the early 80’s in the groups “Podroom Blues Band” and “Zvijezde”; while at the beginning of the next decade, the first line-up of Songkillers took form. A long-term collaboration with their friend Dino Dvornik started shortly afterwards. In 1997, they released their first solo album “Fleka”, which simultaneously attracted the attention of audiences and critics. That same year, perhaps their greatest hit, “Ni’ko kao ti”, reached the top of the charts domestically and beyond. “Malo toga ostaje”, “Medena”, “Mislima”, “Ne znam gdje sam”, “Nema vremena”, “Molim sate”, “Južni zavičaj”, “Ljetna kiša”, “Sreća”, “Nikad više”, “Tako volim što te znam”, “Uspomene”, “Za nas dvoje”, and “Dio mene”, are just some of the hits from this legendary band known for their vivid improvisations during their performances. The band’s repertoire also includes some of the songs that Bane wrote and recorded for Dino Dvornik, such as “Nadahnuća”, “Slona” and others. The last few years of the band’s work have been marked by a very successful collaboration with the great vocalist Nikola Marjanović. All in all, there are many reasons why you should not miss any ‘live’ concert by the Songkillers! 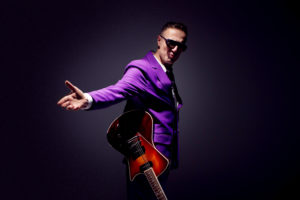 Gastronomy – a key element of the top hotel offer

From desire to experience

It is all about freshness!