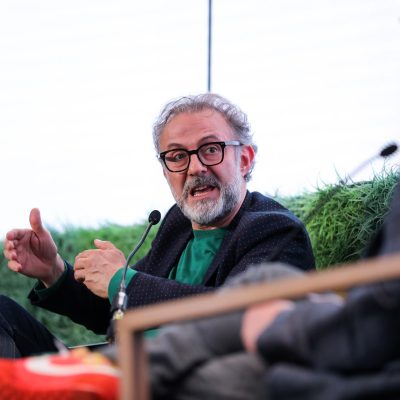 The Weekend Food Festival for the second time in Rovinj this spring!

At the end of the year, great news arrives, the Weekend Food Festival, the largest regional gourmet festival, will once again open its doors from 14-16 April 2023 in Rovinj.

The first edition of the Festival, held in May this year, placed Croatia and Rovinj on the map of the most influential European gastronomic events, bringing together the world’s best chefs, food and wine experts, numerous exhibitors, and over 2,500 visitors in one weekend.

Massimo Bottura, Ana Roš and Dabiz Muñoz are just some of the names that filled the halls of the Old Tobacco Factory in Rovinj with their presentations in 2022. For next year, organizers are announcing even more programs, guest chefs from around the world and the local scene, masterclasses, gala dinners, and a diverse offer of food and entertainment, which is an essential part of this festival.

Sustainability – a topic that is certainly one of the most important in the culinary world at the moment, will be highlighted in Rovinj this year by numerous famous chefs. One of the most well-known, Simon Rogan, the chef of the L’Enclume restaurant with three Michelin stars and one Green Star, is the originator of the farm-to-table movement and the current president of Bocuse d’Or UK, and his restaurant focuses exclusively on hyperlocal and seasonal ingredients.

The famous trio of chefs – Oriol Castro, Eduard Xatruch, Mateu Casañas – from the Spanish restaurant Disfrutar are coming to Rovinj. These three chefs worked together for years alongside the legendary Ferran Adrià, and after 12 years at El Bulli, they decided to open a restaurant together. Today, Disfrutar is crowned with two Michelin stars and is ranked third on the World’s 50 Best restaurants.

It is a great honour for the Weekend Food Festival that Dabiz Muñoz, the best chef in the world in 2021/2022, whose lecture at the last edition aroused enormous interest from the audience, is returning to Rovinj. Soon to open his third restaurant in Madrid, this avant-garde Spanish chef and leader of modern cuisine dazzled the large audience in Rovinj with his charm and approach to both cuisine and people.

The chefs of Gucci Osteria da Massimo Bottura, Karime Lopez and Takahiko ‘Taka’ Kondo, are coming to the second edition of the Weekend Food Festival at the recommendation of the one-and-only Massimo Bottura, the biggest star of the first edition of the WFF. In Rovinj, chef Eric Vildgaard, whose restaurant Jordnær, located in a modest hotel in the suburbs of Copenhagen, and who recently received its second Michelin star, will tell his story about how love and gastronomy brought him back from the wrong path of life.

In addition to the aforementioned stars of world gastronomy, organizers also proclaim the arrival of more soon-to-be-announced chefs and stars of the mixology scene.

This year, the Weekend Food Festival wants to gather at the same table all those for whom food and drink are an integral part of their work and lives, namely food and wine experts, producers, equipment exhibitors and gourmet lovers. The Street Food Court, featuring numerous local and regional restauranteurs and caterers, will certainly contribute greatly to the festival; while the show cooking stage will satisfy all those who want to see firsthand how creative dishes, sourdough bread, and top-quality coffee are created.

Numerous regional exhibitors will be on hand to present their wines, olive oils, truffles, coffees, premium beers and drinks. Of course, various delicacies and a wide range of drinks will be accompanied by a nightly entertainment program of well-known performers.

And just like in the first edition, top chefs will join forces to put together glamorous gala dinners each evening at one of the seven restaurants in the Maistra group, the general sponsor and partner of the Festival.

The latest news is that the second edition of the Weekend Food Festival will last from Friday to Sunday, and tickets are already available on the festival’s website. During the month of December, tickets can be purchased at a special price with the 1+1 promotion. Follow all the latest news on the festival’s official FB and IG pages.